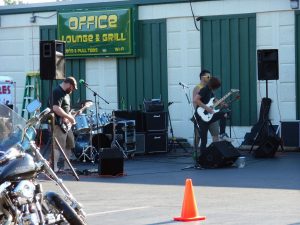 Rock concert in town! Tender Mercies of the Lord

Things are going well in the Oscoda area. Elder McGuire and I succeed and fail every day, and God makes up for our failures with the small and the mighty miracles we see, and also the one’s we don’t even notice. Is God working miracles in and for your life, even as you read this? Probably! 🙂 Without his timing none of this would be possible. I testify that I know God lives and that His hand is in this work. Somehow he puts us in exactly the right place at exactly the right time. He provides us the opportunities we need, and that these investigators need. You reap what you sow, brothers and sisters. Often when we turn from a bad direction or turn from darkness toward the light, we don’t immediately experience all the blessings quite yet that come from being righteous, but we are planting those seeds, and we must nourish them, and eventually we will partake of that fruit which is more desirable than anything of the world, and it is true joy, and it is experienced only through living the Gospel. 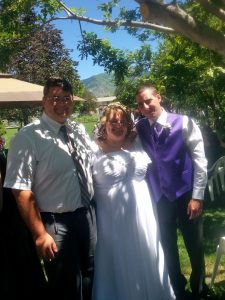 Elder Hudson went to Cory and Dawna’s baptism in Utah! How cool is that??

Kayla, Mark, John, and Rob were all at church this Sunday. But there was a pretty big surprise that happened, which even through Elder McGuire and I off! The Stake Presidency was there, and they reorganized the branch presidency. Brother Karn stepped down after being Branch President for 6 years, and who was called as the new branch president?? Our branch mission leader, Rob Parent!! What?? How?? When?? Why?? Haha it was a surprise, but I do believe he was called of God at this time for this branch, and although we now don’t have a branch mission leader, I’m very excited for Rob and for this branch. It’s a difficult calling, and he is only 29. This branch will see baptisms soon. I may be gone by the time they happen, but I know that I was a part of that process of these people coming closer to God and changing their lives.

I love the Gospel, and I love all of you, and bid you farewell till next week 🙂

This week was kept pretty busy! Zone P-Day last Monday was a BLAST! Hung out on the beach for hours and played lots of running games. I was sore for days. Best one yet. Afterwards, Had tradeoffs with Elder Fiame in West Branch. That was a ton of fun. While I was gone, Elder Boyd and Elder McGuire had some pretty great lessons, and Rob in Hale is now on date for baptism! AHH! Apparently he put himself on date, so that’s awesome. He’s progressed so for and feels very firm in his conviction to join and knows the church is true. 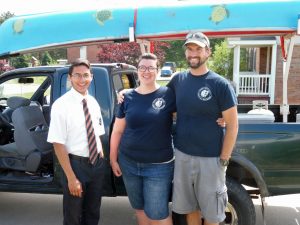 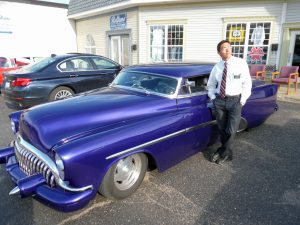 Yesterday, 4 of our investigators were at church!! FOUR of them!! That’s more than I have ever had in my mission so far. And they all live in Hale! 45 minutes away from the church building! So awesome. 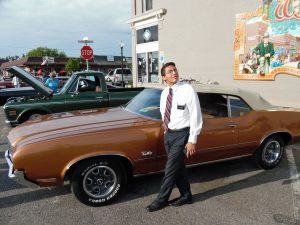 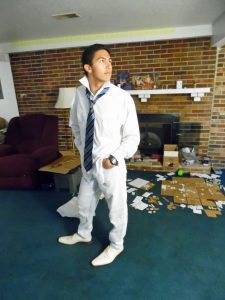 This week we did 10 hours of service! That’s the max we are allowed to, and we definitely have seen blessings from it. It helps people to see that we are just normal guys, not just some pious preachers going door to door trying to convert people to our church.

Please pray for Angie and her children. Work is not letting her come to church, even though they promised they’d work out her schedule for it. 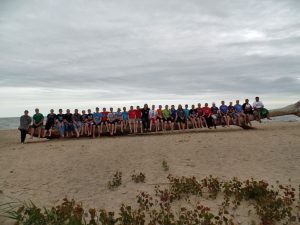 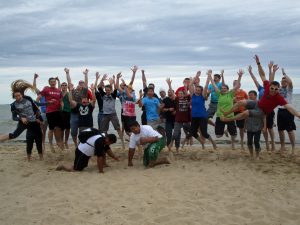 This morning Elder McGuire and I during studies RANDOMLY turned to Helaman Chapter 3 and read a verse about trees and discussed it. And we discussed a quote that says “The best time to plant a tree is 20 years ago. The next best time is right now.” All of a sudden, I have a bunch of emails from friends and missionaries using that same quote, and President Jacobsen himself put it in the bottom of his letters to the missionaries for this week. Think of the meaning that has in your life. The best time would have been 20 years ago, or even 10, or even last week. But the next best time is right now. Make the changes you need to make. Change your environment, change your habits, and you will see the blessings come. Heavenly Father loves each and every one of you and so do I! Thank you all for your support and love! 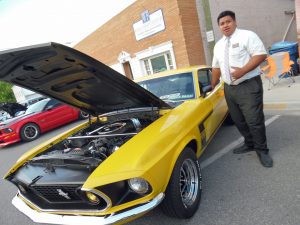 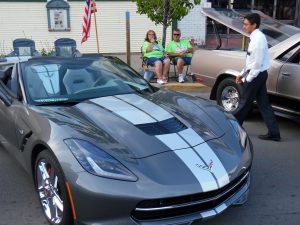 Have a good week! Talk to you all later!

1. Me with the Scherbels. They just moved out! 🙁 Favorite family in the branch
2. Model Status
3. At the Car Show in West Branch
4. Me walking up to OUR car. 😉 (just kidding)

Hello everyone! Don’t have a ton of time

The Scherbel family found baby skunks under their porch! Pictures included.
Unfortunately the Scherbels are leaving, and taking 2/3 of the Primary with them… but that’s why we need to bring other families into the fold! And we have some great potential in the area. 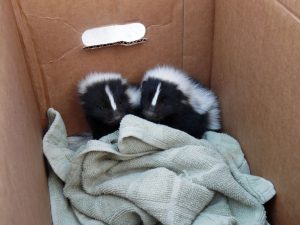 Rob from Hale came to church yesterday! He has made so much progress, and we’re very glad. It’s quite the drive, about 40 minutes. Angie is doing well, too, and just moved into a small house with the family!

I learned a lot this week about how I need to continue to work on having humility and I’m doing my best.

We are headed down to Bay City in a bit but I love you all and hope you have a wonderful week!

I can promise that if you will forsake your pride and be willing to hear others out it will make life simpler and more joyful. Serve others around you in big and small ways!

OH!! And by the way, a family just moved into the branch temporarily and they are from TAYLORSVILLE!! Ahh!! They know a bunch of my friends from back home! So awesome.

Once again, emailing on a very odd day. They are trying some new things here in the MLM and if I’m being completely honest I think they are weird, but I will go and do the things which the Lord hath commanded.

Anyway, because Monday is a transfer day, they decided to try moving the first P-Day back to the last Saturday of the transfer before, which is today. Confusing, I know, but we shall roll with it.

Transfer calls came yesterday during studies……… aaaaaand Elder McGuire and I are staying here for another 6 weeks! Yay! I am excited because I love the investigators we have right now and want to see at least one of them be baptized.

Great things are happening here in Oscoda, and we have seen wonderful miracles this week already, one of which happened on Tuesday: 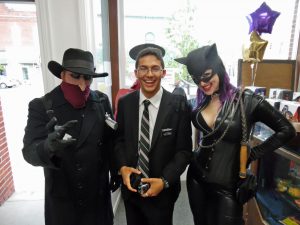 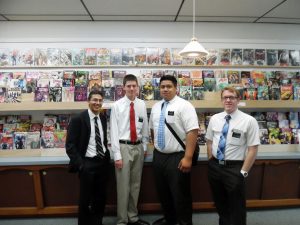 Tuesday night Elder McGuire and I were planning for the day ahead, and had pretty much finished up plans except for where we would go knocking, and instead of just picking one that has not been knocked for a while, we tried to debate back and forth by the Spirit as to where we need to go, and decided on a street on the map that did not even have a name written next to it. But the next day came and we drove into that street all the way out in Hale, pretty much in the middle of nowhere, and got out of the car, and who do we see coming down from the house? Sister Parent, our branch mission leader’s wife! Turns out that this first house we were going to knock was the house of Sister Parent’s new friend who she has been working on and trying to work toward sharing the gospel with and inviting to church. Sister Parent had told us about her before, but hadn’t given us any information about here, and all of a sudden God led us to her at a perfect moment when Sister Parent was there. So we all walked up to the house and we were introduced to this friend, Kayla, who agreed to meet with us on Friday! Friday came around and Brother and Sister Parent drove us down there, and we had a marvelous lesson with Kayla, her husband Mark, and her brother John, who all want to read the Book of Mormon and come to church tomorrow, and join the church if it feels right to them. 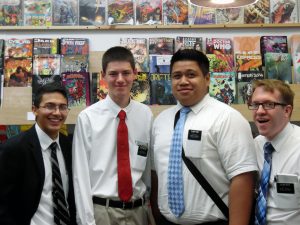 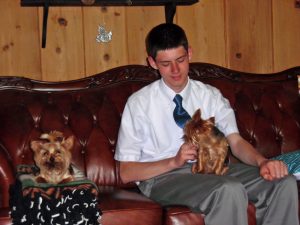 Angie is also doing very well and tried SO hard to quit drinking coffee, and it apparently made her sick to the point of vomiting, so she is drinking it again…. Haha so yesterday she asked for a Priesthood blessing. I guess this is what happens when you have been drinking coffee every day for 24 years…? Keep her in your prayers, she is progressing steadily and although she is facing much opposition she and her family are coming closer to God, and she will be at church with them tomorrow.

Love you all, and Hope you have a wonderful week next week! I won’t be emailing Monday, it will be a full work day for me! So I’ll talk to you the next Monday! Hopefully!….