First I wish to relay a true story:

Once upon a time Elder Whitesides and Elder Breinholt were waiting at the bus stop, and heart a faint, recurring, high pitched squeal behind them. Elder Breinholt followed the sound into the grass to investigate, and came upon a poor, screaming frog, half enveloped in the mouth of a snake. Despite the slight tramautization the Elders had from seeing this sight, they quickly whipped out their cameras to take a picture, but in their sudden movement scared the snake and the frog escaped, hopping away violently while being chased by the venomous serpent. The end. 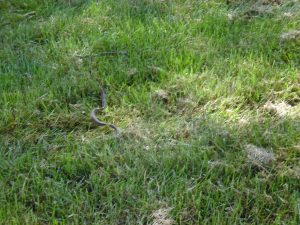 Well this week we had the opportunity to teach a few VERY spirit-filled lessons. I don’t have time to talk much about detail, but on top of the miraculous finds we had last week, this week we were led to three other people at perfect timing. It’s been the same the past two weeks with people we have found: One night they pray asking for guidance or plead for something more, and then the next day, we show up in their lives and they see it is an answer to their prayer. My friends and family, it is not simply coincidence, often, God reaches out to people through people. We just have the great fortune of being one of the tools He uses to bless the lives of some people here in Michigan. 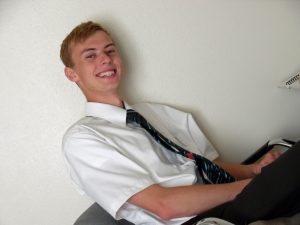 I will be able to explain about these people in greater detail next week, if they continue to follow through on this hand Heavenly Father has extended to them. 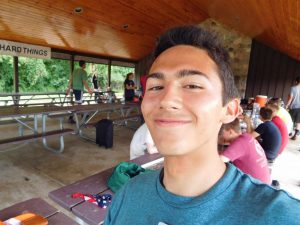 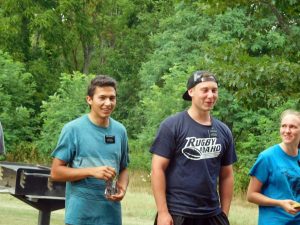 Please, recognize when He is reaching out, and follow through with it, my friends.

I love you all and hope you have a marvelous week!

Excited to turn 20 this Saturday! Plus the other Elders are having a baptism that day so that’s sweet!

How are all you lovely people doing?

This week was a little bit slower but that’s okay, that definitely happens sometimes and if missionary work was easy then maybe it wouldn’t stretch our faith, right?

For those who have emailed me personally and I haven’t responded, it’s not because I don’t want to talk to you but just because of limited time we have to email, so it may take a bit but I will do my best to get to you and at least respond shortly!

We had a lot of lessons planned for this week, which members were going to accompany us to, (and drive us to, for that matter) but almost every single one of them fell through. Pretty much the same thing happened to the rest of our district, as well. We all got shined a bunch of times. 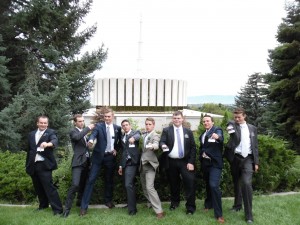 No new pictures, how bout a throwback… 🙂

One really awesome experience we had was while knocking on an avenue called Highland. Brad, a man in his 30’s was walking down the sidewalk looking down, listening to music. We walked up and stopped and talked to him. (We had felt it right to be knocking on this street but as we were knocking, we were finding almost no interest.) As it turns out, this man used to be very against God, but made a complete turnaround and had become very close to him, but many things happened in his life causing him to be homeless and for family to leave him, and he lately had even been considering suicide. He said that we pulled him out of a depression by talking to him, and he recognized who we were, and asked for “One of those Mormon books.” So we gave him a copy of the Book of Mormon and our number and later on in the day, he called and he had read quite a lot out of it and asked questions, and asked for a verse that would help him understand why God took his brother, so I brought him to Alma 14. Even if he does not continue to learn or to be baptized a member of our church, I believe we have accomplished God’s purpose in this thing, to let this man know God is still looking out for him, even though it may not seem like it sometimes.

It’s been hard not having a car a week at a time, but I can’t complain because we have so much provided for us, and there are SO many people out there who not only don’t have a car, but also don’t have necessities of life. Brothers and Sisters, all I ask is that you do what you can to influence someone for the better. Yeah, a smile is awesome and of course spreads positivity, but I challenge you to take it a step further.

I truly do love you all and I hope these emails continue to find you safe and happy, and I leave my simple testimony that Christ is our Savior, and the Son of God, and do so in the name of Jesus Christ, amen.

“A pivotal spiritual attribute is that of self-mastery, which requires the strength to place reason over appetite. Self-mastery builds a strong conscience, and your conscience determines your moral responses in difficult, tempting, and trying situations.” 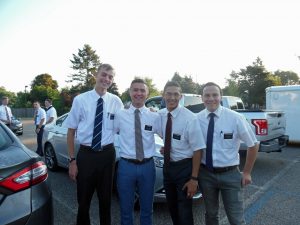 That is a quote that was from our mission President to all the missionaries this last week. I have always wanted to learn self-mastery or self-discipline more fully, and I didn’t realize until now that I really have obtained a lot more self-mastery on my mission that I knew, and that I still have a long way to go. I’m grateful we have the example of Jesus Christ to help us on that path.

The last week and a half here have been awesome. Being a district leader so far has been lots of fun, and the district had one of the best weeks it’s had in a long time which was very exciting.

I went on a tradeoff with Elder Turley in Kalamazoo! It was my first time working on campus, ever! I had a blast and we talked to and taught some awesome college kids. 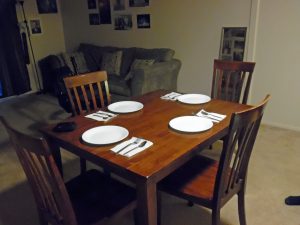 I also conducted a tradeoff with Elder Hunt here in Battle Creek. He usually works in Marshall, and he is one of the funniest guys I have ever met and we also had a blast.

This morning we had the pleasure of giving up the car to the other Battle Creek Elders, and we won’t have it back until next Wednesday. Rest in peace, ShaNayNay. (The Car.)

Sorry I have so little time, I had to catch up after nearly 2 weeks of emails, but the work is going great here, we now no longer have anyone on date to be baptized but we are working on it! 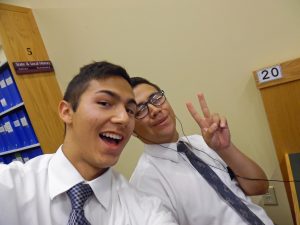 Oh yeah, also, I got punched in the eye by a mosquito and now my eye is swollen and it looks like I am always raising my eyebrow at everyone.

Your son, Elder Tyler David Breinholt has been called to serve as a District Leader. In this calling he is responsible for the success of the missionary effort in an area covering many miles.

His spirituality, obedience, ability to solve problems, and capabilities to relate with others are only some of the qualifications he has demonstrated in being selected to fulfill this very important assignment. We know that many of your son’s capabilities have been nurtured and cultivated by parents who have set a proper example.

I look forward to working with Elder Breinholt in this new relationship, knowing that he will make a great contribution to the work of the Lord in the Michigan Lansing Mission.