An inactive member came up to us and told us that he wants to be baptized so that was awesome. We need to re-teach him some of the lessons but hopefully that baptism will be coming up soon!

I think there is a lizard living inside of our house somewhere. We’ve seen him twice but somehow he always runs away from us and disapears, but honestly it’s good he is there because he’ll eat all of the nasty bugs that get in our house. We named him George.

I feel like I didn’t explain enough about Mexico in general in my first few emails so I’ll elaborate more on that. First, ground rules. If you are taking money out of a machine, keep it hidden and put in a pocket that would be difficult to pick-pocket. Second, don’t drink the water. This one kind of confuses me, because we use the water we can’t drink to wash dishes and do bathroom stuff, but I’m alive so all is well. Third, be extremely careful with the cars. I mentioned this earlier, but the drivers here are Crazy! They don’t stop for people in the road, they honk, don’t slow down, and expect you to get out the w ay. Good times.

We get around by walking and by taxis. More than half of the cars on the road are taxis so it is pretty efficient, and it only costs 10 pesos every ride (about $0.53 in US money).

Besides the casual ant invasion or cockroach we find in our house, it is pretty nice. We have a good amount of space and a spot for the kitchen and fridge and our workplace. Thankfully everything in the bathroom works. It is all setup nice. Our walls are just the most vibrant of pink also so that’s pretty great.

Hope you are all doing well where ever you are! 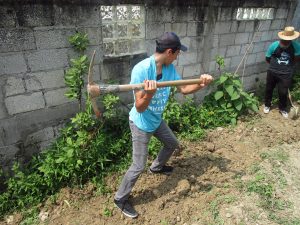 1-Minecraft in real life is not nearly as fun. 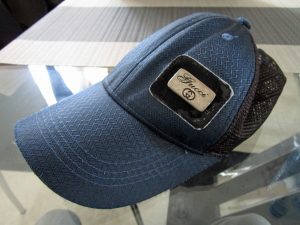 2-Totally got to wear a Gucci hat as we did service. It’s probably fake but it’s the thought that counts